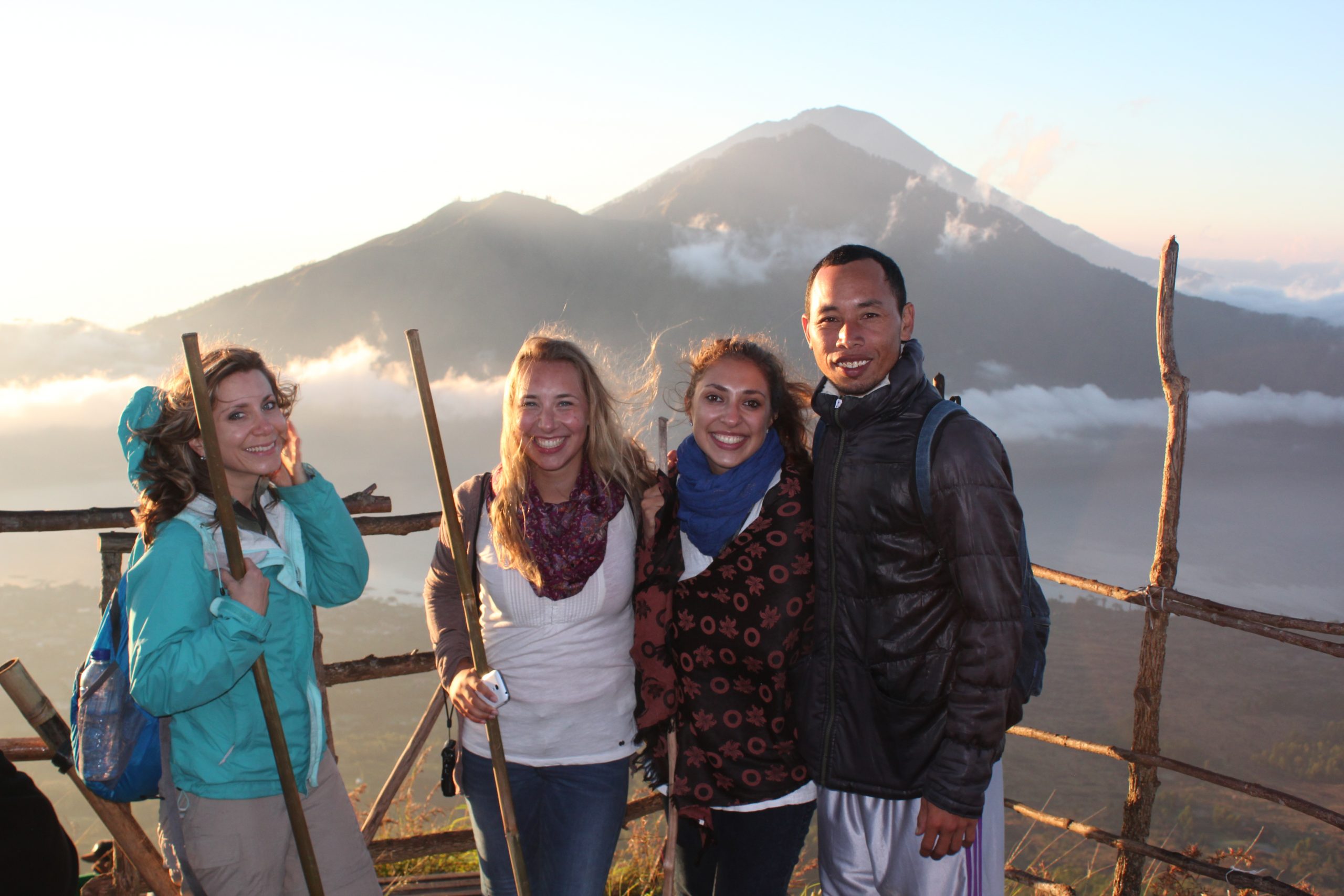 Tattoo shops, massage parlors, tour kiosks, taxi drivers, motorcycles, souvenirs shops… it’s Kuta madness!  I decided to stay in Kuta for my first 3 days in Bali since it was close to the airport and it has a nice beach.  Kuta is a chaotic place catering to thousands of tourists visiting from all over the world.

I splurged on my $30/night hotel with AC and cable TV.  I decided Kuta and the Fave Hotel would be a good place for me to recover from my jet lag and get my bearings as I begin my solo traveling. It is now 4 days later and I have yet to recover from the jet lag.  I am going to bed at 9:00 pm and waking up at 4:00 am.  I spent my first day walking around the city; which was crazy busy!  too many cars, too many motorcycles and too many people offering you transportation and tours to go just about anywhere in Bali.  Even with all of the craziness around me, I felt very relaxed and happy.  I am definitely in my element once again.  Traveling is what makes me happy.  On the second day I decided to get out of Kuta and see a bit of nature.  I joined a tour to climb Mt. Batur; which is a beautiful volcanic caldera with a deep crater lake located in the Kintamani region of East Bali.  I was picked up at 1:30 am at the hotel and was joined by two nice German girls.  We arrived in Kintamani two hours later ready to begin our hike.  Well, almost ready… somehow I managed to drop one of my socks in the hotel lobby while waiting for the driver.  I had to buy a pair from the local convenience store at the base of the mountain.  yes! they sell socks at the base of the mountain!  Apparently I am not the only dumb tourist who comes to the trek without socks.  We ascended around 700m (according to the guide) to reach an elevation of 1,717 m or 5,633 ft.  I am not sure if we truly ascended that much but the hike definitely felt very steep! We hiked up fairly fast reaching the top in 1.5 hours.  We were some of the first people to arrive that morning and had a choice of the best seats in the house! At the top there is a small hut where the guides sell coffee and tea.  We enjoyed a nice breakfast watching a magnificent sunrise over Mt Agung and Lake Batur from our viewpoint. After the hike we were taken to a coffee plantation where we tried the infamous Kopi (coffee) Luak.   You may remember this coffee from the movie The Bucket List.  A cute tiny animal, the Asian palm civet, eats the coffee berries (for the pulp), then in its digestive tract, the fermentation occurs.  The civet defecates the beans; which are then processed for coffee.  It is said to be the most expensive coffee in the world.  I paid $4 for a cup… had to try it out of curiosity.  It was very strong and acidic, not my cup of… coffee. My last day in Kuta was spent at the beach, sunbathing and relaxing.  I also felt like a movie star as two different groups of tourists from Jakarta, at different times, asked if they could have their picture taken with me.  The first group was a bunch of teenage boys and the second a family, mom, dad and their teenage daughters.  There are a ton of tourists on the beach but they wanted their picture with me.  At first, paranoid me (or careful me) thought they were trying to rob me, but they truly just wanted a picture.  Strange but fun! On my way back to the hotel, I was lucky enough to witness part of a cremation ceremony (Ngaben).  I got to see a Gamelan (percussion instruments) musical procession of hundreds of people marching toward the beach.  I understand this procession is very festive for the Balinese as they celebrate the person’s transition into their next life.  There were some men holding a tall altar-like construction; which had the picture of the deceased in the back.  I watched them twirl this tower around a few times at the end of the street; which I later learned is done to confuse the deceased so they are not tempted to return home.  The crowd did not seem to mind a few of us tourists taking photos or videos.  They truly see it as a time of celebration of a life that ends and a next one that begins. I arrived in Ubud yesterday, where I will be spending a week.  I will be joined by a friend in a couple of days.  I am very excited to see a familiar face from home.  I gather there are a lot of couples here in Bali celebrating their honeymoon or anniversary.  There are also a lot of solo travelers but it seems no one really wants to talk.  I smile a lot as I walk down the streets (like a crazy person), hoping that someone wants to talk but for some reason, the solo travelers (not the Balinese) are very serious and don’t smile at all.  On the other hand, the Balinese are super nice and friendly.  I have had a few conversations with some of them so far and have learned a few cultural insights in a very short period of time:

1) Everyone is named according to the order in which they are born into the family.  The first born is Wayan, the second Made (or Kadek), the third Nyoman, and the fourth Ketut.  And if a family has five children or more, they go down the list all over again, Wayan, Made…

2) Everyone prays but they can pray whenever they want, once a day, two times a day, weekly… whatever.  They make daily offerings to the gods, ancestors and demons.  These offerings are often elaborate and attractive and are presented in front of households and businesses, right on the sidewalk.  As a tourist, you have to be careful not to step on these as they are everywhere.  These offerings are made of incense sticks, different colored petals (for the different elements), a little rice, flour cookies and other leaves, all held together in a tiny palm-leaf tray.  They also have these inside cars. 3) Practically every house has a temple right next to it, where the family honors the gods and ancestors.  They are fairly big, sometimes, as big as the house.

Traveling in Bali has been very cheap so far.  You can get a wonderful meal of noodles or rice with chicken and veggies for the equivalent of US$2 to US$3 in any of the local Warung (cafe).  You can negotiate the price of anything, anywhere.  If you want to do a tour, go to the first kiosk and ask for a price.  As you say thank you and walk away, they drop it by 50%.  Then you go to the next kiosk and they drop it by a further 25-50%.  It’s crazy!  not a lot of haggling is needed.  I am staying in a lovely Homestay (Kabera Bungalows 2) with Ketut and her family.  I have a room with two beds, a bathroom, a porch, and breakfast is included, all for US$10!  Today, I got the best one-hour massage I have ever had in my life for US$5 and that included the tip.

I am just getting started in Bali but it is truly a heavenly place so far.  Amazing food, great massages, natural beauty, and tons of scenes of the Balinese culture all around.  This is a fun destination for any vacationer or backpacker, of any budget.

5 thoughts on “Arrived in Bali”