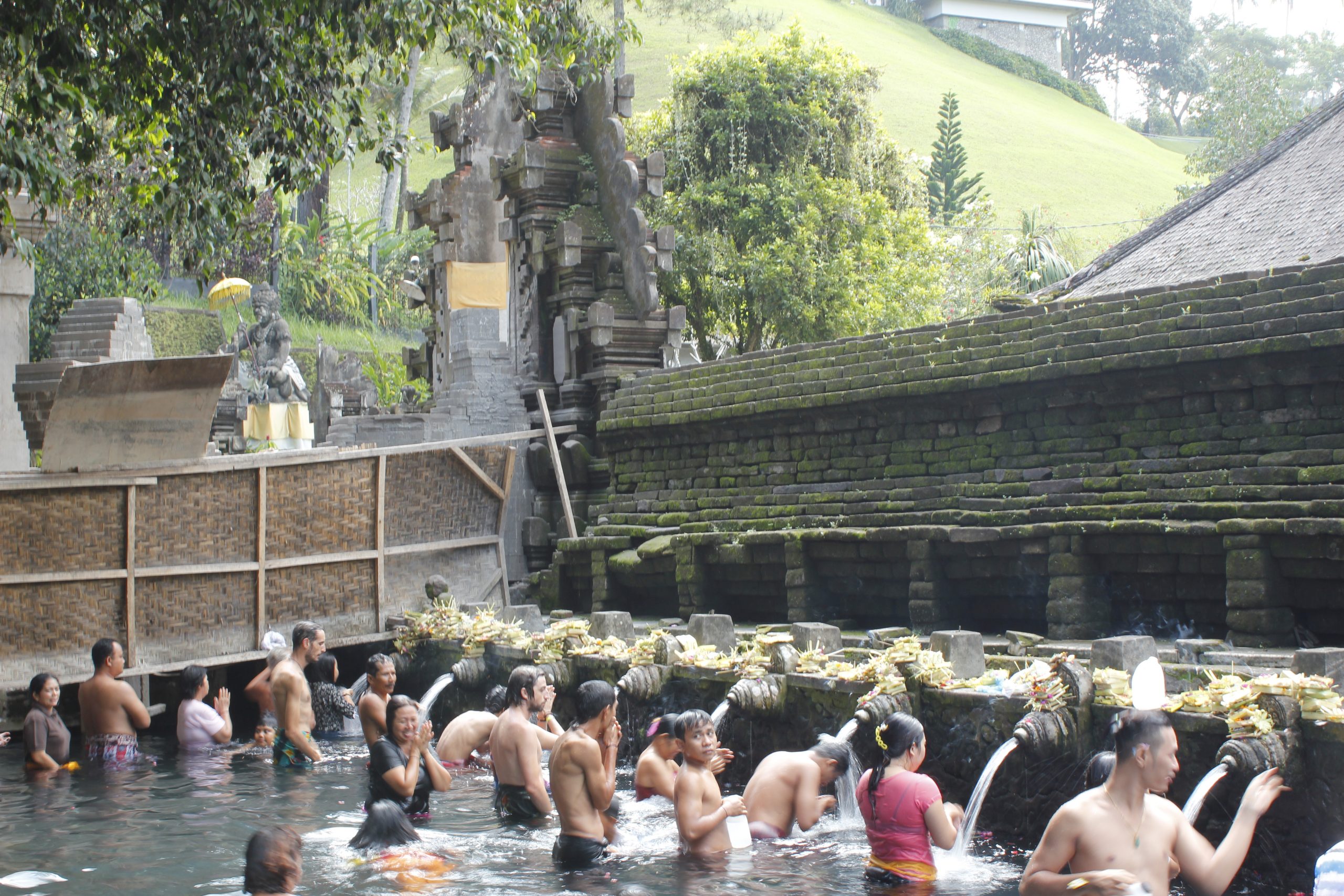 It all started with Lana (my new friend from New Zealand) and I wanting to have a relaxing and spiritual day.  We are after all in Bali, the best place for this!  I had heard about the holy waters temple where you could find a spring with curative powers.  We hired a driver for the day, invited our friend Camila from Brazil and headed out to Tampaksiring for the day.  We had a wonderful day visiting different temples in the region starting with Goa Gajah or better known as the Elephant Cave, Tirta Empul (holy waters temple) and Gunung Kawi.  We finished the day at the famous rice paddies of Tegallalang.  There is so much beauty here, it is hard to describe in words so I won’t try today but I did want to write a bit about finding the spiritual experience that Lana and I were both hoping for…  it happened in Tirta Empul. As the legend tells a sacred spring was created by the god Indra. His forces had been poisoned by Mayadanawa, so he pierced the earth to create a fountain of immortality to revive them.  This temple was created in 926 AD and Balinese people have been coming here to bathe in its three pools fed by spring water via fountains.  The believers bathe in these for healing and other spiritual reasons.  Lana and I wanted to get in right away but we hesitated as we did not understand the full meaning behind it all and wanted to avoid showing any disrespect to others around.  Luckily we were approached by a local guide that offered to explain the meaning of the bathing ritual and take us through the entire routine. It begins with making an offering to the gods.  It was followed by some prayers to the gods again, but this time the ones from our own religions.  It ends with making a wish.  We then went inside the pools, one at a time following a routine at each fountain- we put our hands together in prayer against our third eye saying three OMs, then poured water on our faces three times, drank from the fountain three times and finally put our head under the fountain for as long as we could.  We did this at every fountain to clean our ego in the first pool, our mind, body and soul in the second pool and cure all illnesses in the third.

We came out feeling refreshed, with a big smile on our faces and clean (in the spiritual sense).  We found exactly what we wanted.  Thanks Lana for sharing this experience with me!