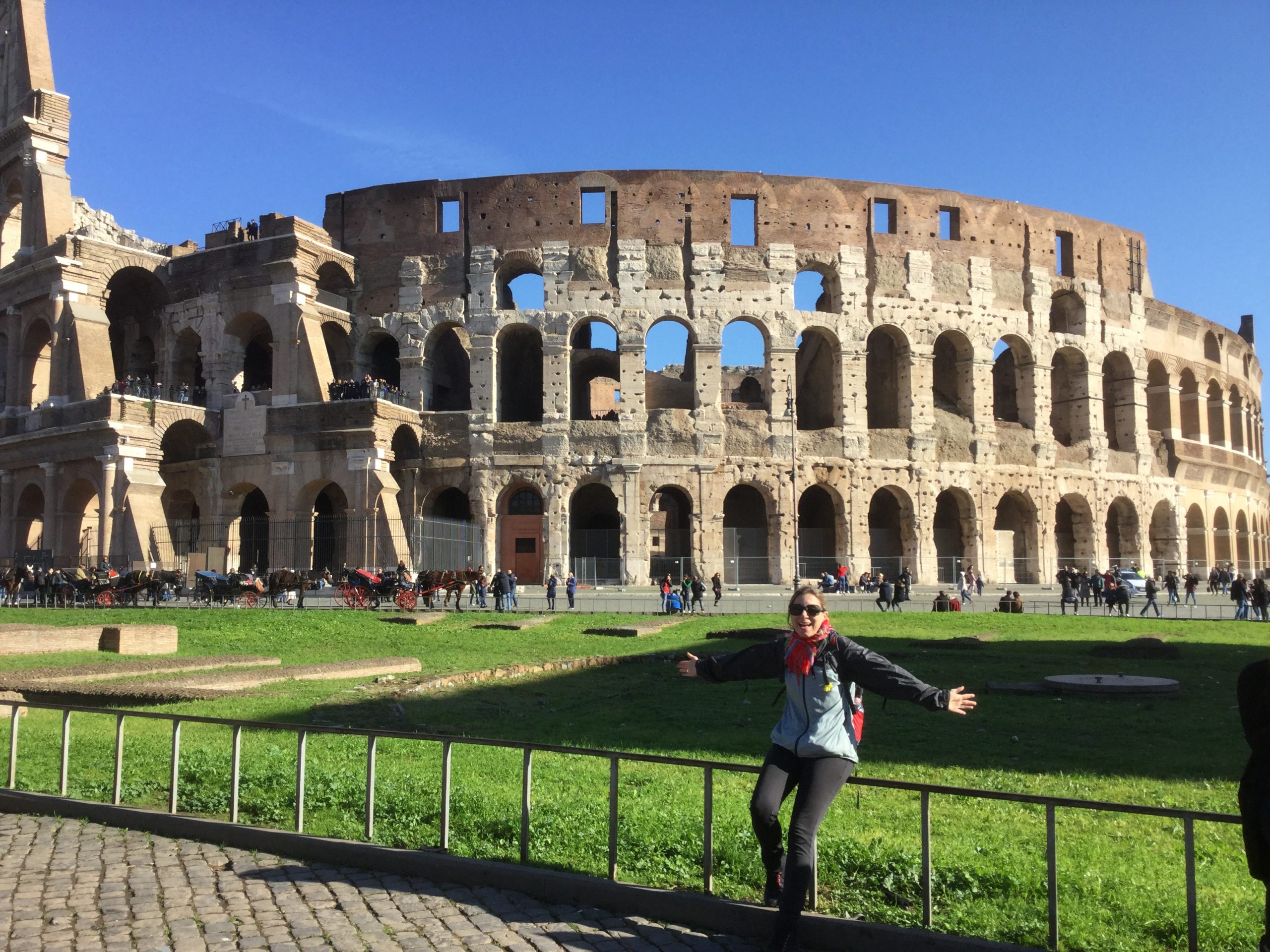 This is definitely not the way I like to travel.  I hate going through places in a hurry, just sight-seeing and checking things off a list of famous landmarks that I must see before moving on to the next city.  Ugh!  Unfortunately this is how I decided to go through four cities in Europe.  I was going to go straight from Russia down to Morocco but I could not pass up the opportunity of seeing some places as I made my way down the continent.  With transport prices being so affordable inside the Schengen area, how I could not do it?!  My time was limited so I chose four very popular cities- Berlin, Prague, Venice, and Rome.  If I had planned my time (and money) right, I would have gone through various countries in Europe and visited all of the wonderful friends that I have made through my travels.  I hope to do a proper tour of Europe with more time and more money in the near future.  The great part about this quick tour was reconnecting with two awesome people that I’d met in the past six months.  Maciej from Poland, whom I’d met on a train in Myanmar and came to see me in Prague.  And Riccardo from Italy, whom I’d met in Russia and came to see me in Venice for a few hours.
BERLIN:
I spent three days in Berlin, walking around visiting all of the popular sites like the Brandenburg gate, Museum island, Checkpoint Charlie, the Mauer memorial, the Holocaust memorial, the Eastside Gallery on the Wall, the Berlin Cathedral, etc.  I mostly concentrated on learning as much as I could about the city’s recent history, its role in the wars, the Nazi times, and the Wall- the biggest representation of the Cold War.  Berlin is a city that has gone through hell and back, survived militarism, Nazism, Communism, and the growing pains of reunification, and has become a beautiful cosmopolitan city where everyone is welcome.  A great way to see the city is by joining one of the many free tours offered by different student groups.  The guides are usually very knowledgeable and do a great job of covering the main city highlights and the history on all the sites.  During the tour we were taken to the place where Hitler supposedly had his secret bunker and where he spent his last days before he committed suicide with his wife.  We learned that many neo Nazis come to the place at night to try to dig into the ground in hopes of finding the bunker.  We also visited the only surviving Nazi building that now houses some of the ministries.  One of the most impactful moments was walking through the Holocaust memorial; which is made up of 2711 squared and rectangular grey concrete shapes of different sizes, on uneven terrain.  There is no explanation, no writing anywhere, it is meant to be experienced in person.

PRAGUE:
I took a bus from Berlin through beautiful Czeck countryside to reach the gorgeous city of Prague.  What can I say about this place, it is absolutely amazing and picturesque, its old town is a must-see with its Baroque style buildings and Gothic churches, full of galleries, restaurants, shops, and the beautiful Charles Bridge with its Saints’ statues leading the way up to the Prague Castle and Palace.  I can’t say enough about this place, it is a rival to Paris in beauty.  And of course what made this city even more special was that I got to experience it with my friend Maciej.  One night we walked down to the shore of the Vltava river and noticed there were hundreds of swans being fed by two ladies, which became entertainment for many of us for the next hour.  They do this during the winter since the grass becomes scarce.  We eventually saw what looked like a giant rodent come up to the surface to try to steal the bread from the swans.


VENICE:
The sole word conjures up images of old colorful buildings standing in water, beautiful water canals full of gondolas, good looking Italians speaking passionately while making hand gestures… and is it all just like that? Yes!!!  Venice is everything that I imagined and more.  It is the most romantic city I have ever been too.  I can see how this place is high on honeymooners’ lists.  Taking the Vaporetto (public ferry) down the entire Grand Canal from the Santa Lucia station to the Salute stop was one of the highlights.  And if you don’t want to take the ferries, not to worry, Venice is actually very much a walking city, who knew?!  The Venetian culture is pretty special, with its small cafe life, its piazzas, the bakeries everywhere, and the Bacaros where people come in for a quick espresso, a vino, and some small dishes (like Tapas).  There are no chairs in these places, everyone just stands around, eats, talks, and leaves a few minutes later.  Even though is a bit cold and rainy in November, it is a great time to visit as there are not a lot of tourists around.  My friend Riccardo came from his nearby city by train to visit me for a few hours.  He wanted to take me out for a true Venetian night.  We enjoyed eating and drinking at a few different Bacaros, Osterias, and ended the evening with a beautiful violin Vivaldi concerto at the Chiesta (chapel) San Vidal.

ROME:
A global place whose history spans over 2,50 years. It is one of the most visited cities in the world and it is easy to see why. Wherever you look, there is a beautiful cathedral, a statue, a fontana, a museum, a mausoleum, a piazza, etc. There is so much to see and experience here that five days is the minimum that I would recommend if you want to get a good feel for it.  Some of the most impressive sites are the St. Peter’s Basilica in Vatican City, the Sistine Chapel inside the Vatican Museums, the Colosseum, the Fontana de Trevi, and St Angelo’s Castle. Some of the cool cultural moments that I was fortunate to experience there were hearing the Pope speak on Sunday morning in St Peter’s square (he never showed his face though), seeing a beautiful sunset over the city from the Balconata del Pincio, witnessing a manifestation in the Piazza de Popolo, and attending a Guardia d’Onore mass at the Pantheon.  All of these by chance, just get lost in Venice and Rome and you will discover so much!

1 thought on “My whirlwind tour of a few European cities”