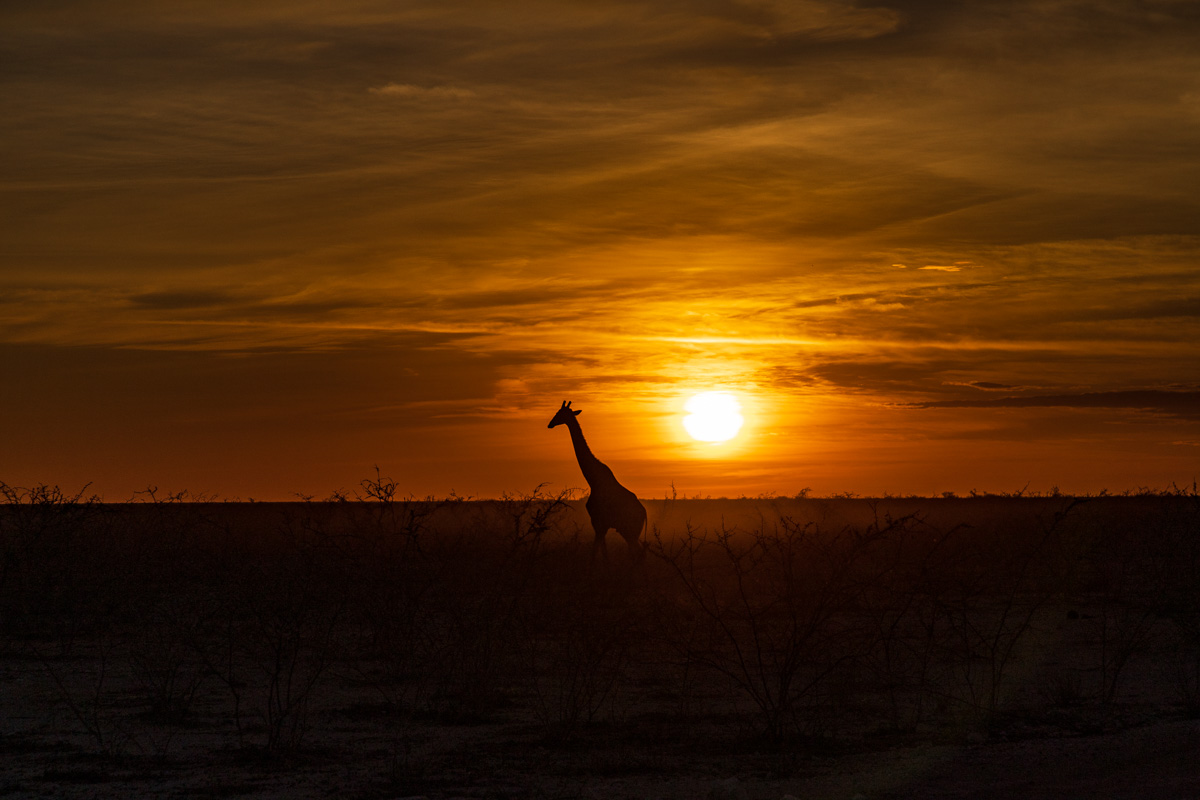 I’ve had a love for deserts since I was 25 when I learned about them from an old boyfriend who took me to Utah a few times to do some backpacking trips. This is where I saw for the first time the most beautiful desert landscapes of my life. The more deserts I saw in the US, the more I wondered about what other deserts around the world looked like. I began to include trips to the desert every time I went to a country that I knew had them. So far I’ve had the fortune of seeing some really spectacular ones- the Gobi, the Atacama, the Sahara, the Patagonian, the Guajira, the Judean, the Mojave, the Colorado Plateau and many other smaller ones. And finally on this trip to Namibia I got to realize one of my biggest travel dreams- to experience the Namib Desert. I had been looking at amazing photographs of the famous landscapes of Sossusvlei and Deadvlei and I just couldn’t wait until I made it there. It had also been a long time since I had visited Sub-Saharan Africa and I was dying to do some safaris to see the beautiful African wildlife again. The last time I had seen African animals had been on a trip to Kenya & Tanzania almost 15 years ago.

I flew into Windhoek, the capital city of Namibia. The ride from the airport to the city center presented a lot of desert land with very sparse vegetation all along the road. A few animals started to pop out of the landscape only ten minutes into our drive- giraffes and baboons. It was incredible to see these animals roaming free again!

Namibia is about three times the size of the UK but it has the second lowest population density in the world after Mongolia, with only 2.2 million inhabitants. It’s immensely vast and it feels very empty. On road trips you can go for miles without seeing another person or a house. After spending a couple of days at my airbnb in the city and walking around town I decided to join a 3-day safari to Etosha National Park with a local company named Wild Dog Safaris. The park is named after the Etosha salt pan, a 120km (75mi) long dry lake bed; which is almost all found inside the park. The coolest fact I learned about Namibia is that the country takes conservation and the environment very seriously, about 40% of it is under conservation management and environmental protection is incorporated in their constitution.

We embarked on an amazing 3-day camping safari in Etosha beginning in the capital and ending in Swakopmund. We were 5 passengers from the US, the UK, Australia and Canada plus our two local guides. Our camp was located near the Okaukuejo waterhole where a lot of animals come to drink all throughout the day. The camp is filled with countless groups managed by different companies. It offers many amenities to enjoy during the day in between the morning and sunset game drives- the waterhole, a pool, and a bar.

Some of the common sites as you drive through the arid bush desert are termite columns hugging trees, springboks, baboons, pukus, and the women from the Himba tribe. The Himba is a semi-nomadic Namibian tribe where the women are easily recognized by their interesting and intricate hair braids covered in a special clay known as the ‘otjize’ paste made of resin, animal fat and red pigmented stone.

Our first afternoon we took a while to get on our sunset game drive as we heard that a group of 30 elephants were approaching the waterhole. We waited and enjoyed the beautiful display of these gorgeous animals, adults and babies included. As if this had not been impressive enough already that afternoon’s drive offered tons of animal viewings- zebras, hundreds of springbok, guinea fowls, 9 female lions, jackals, wildebeest. And at night after dinner, the waterhole gave us 2 rhinos, jackals, giraffes and elephants. It was fantastic!

We drove on unpaved roads passing the Erongo area where you find the desert-adapted elephant with skinnier and longer legs and where you also see Namibia’s tallest peak Brandberg. We also passed Uis Mine, the largest tin mine in Namibia which has closed due to tin prices decreasing but there is a word that the Chinese will reopen it. Our last stop before reaching the end of our tour is the shipwreck in Henties Bay on the Skeleton Coast. The Skeleton Coast’s name derives from the bones that lined the beaches as a result of whaling operations and seal hunts and also from the many ship wrecks due to the dense fog and thick offshore rocks.

And we made it to Swakopmund, a beautiful coastal town with great mild weather. During colonial times it was known as Germany’s most southern coastal resort. The town is where you find South African and Namibian pensioners and a ton of tourists and travelers passing through- taking a break from their safaris to enjoy the nearby dunes and beaches. It was a good base for me to rest a few days before moving on through the South part of the country. It is full of restaurants, shops, and adventure companies to sell you among others a day trip to the famous Sandwich Harbour or sandboarding down the dunes.

I joined a tour to see Walvis Bay meaning Whale Bay, a coastal town with a deep sea harbour which serves as Namibia’s main port. This is another important hub for tourism in the country and nearby you find a large flamingo colony of lesser and larger flamingos, a salt factory from where 800,000 tons of salt are exported annually, surrounded by the shiny pink salt pans with high concentration of salt, and the incredible dunes lying against the ocean, known as the Sandwich Harbour. The Sandwich Harbour is a place where all tour jeeps ride along the coast on a long road between the dunes and the ocean but on this particular day the tide was so high, we could not do it. We ended up driving up to the base of some of the dunes and climbing to the highest point to enjoy the beautiful views.

Next I joined The Desert Explorer by Nomad Tours, a 7-day camping journey from Swakopmund to Cape Town, South Africa. This trip caters to budget travelers and covers the best highlights of the Southern Desert.

Our first stop was Namib Naukluft, the heart of the Namib Desert, and the place that I had been waiting to see. This is the oldest desert in the world, around 80 million years old. It hardly ever rains there although in recent years they have seen the annual rain go from 2mm to as high as 26mm; which means floods happen and a lot of desert life is unfortunately killed. Some locals believe this may be part of the effects of global warming.

We visited Sesriem, the gateway to the Sossusvlei dune fields. We took a 4×4 tour with a local desert expert who explained a lot of the dune behavior, animal life, and how local people survive the harsh conditions there. The sand can heat up quickly, up to 50 degrees celcius in the summer and the iron found in the sand can go up to as high as 80 degrees celcius, ouch! The acacia trees have long roots that can go as deep as 80 meters in the earth where they extract the water they need to survive. There are plenty of animals found there like Oryx, zebras, hyenas, springbok and snakes. The local population is allowed to kill about four zebras a month to sustain their livelihood. The dune tops move according to the direction of the winds, from west to east in the Summer and east to west in the Winter.

One of the bigger highlights of the tour is the mandatory stop at Dune 45. Named this way due to its location at kilometer 45 on the road that connects the Sesriem gate to Sossusvlei. The tallest point of the dune is 170m (558ft) and it only takes around 40 minutes to 1 hour to reach. The dune is located just off the road making it super easy to photograph at sunrise and sunset. The climb to the top is a must from where you get magnificent views of the surrounding dunes. I was lucky enough to climb all on my own and spend a good amount of time at the top taking many photographs and enjoying the peaceful silence of the desert.

The towering dunes of the desert come together at Sossusvlei, meaning dead-end valley, a large salt, white clay pan that prevents the Tsauchab River from reaching the Atlantic ocean just 60km to the west. This is where during the rainy season the river sometimes floods the area and the trees and desert brush still live. Next to Sossusvlei you find Deadvlei or dead valley. This is a very picturesque area encroached by the highest dunes where you find the skeletons of camel thorn trees that died 600-700 years ago. The trees do not decompose as there is not enough moisture in the air. The contrast of the black trees against the white salt pan and the red and orange dunes background makes this a photographer’s paradise.

Other beautiful places enjoyed during the tour were the Sesriem Canyon, a natural canyon formed by the Tsauchab River, about 1km (0.6 mile) long and up to 30m (100ft) deep.

A few hours to the southeast we continued on to Keetmanshoop from where we reached the Quiver Tree Forest and the Giants Playground. The Quiver Tree, a spectacular Aloe plant specie that grows up to 300 year of age and is indigenous to Namibia. The trunk and branches can hold huge amounts of water which allow it to survive in the harsh heat.

The Giants Playground is named for the way in which the massive dolerite boulders go on top of each other creating strange formations and mazes. It was really fun to walk around and climb on the rocks.

Another spectacular site was the Fish River Canyon where we took a walk around the rim as we enjoyed a perfect sunset. This is the second largest canyon in Africa, about 100 miles long, 27 km wide and 550 meters deep in some areas.

Our last stop in Namibia before heading into South Africa was a beautiful camp on the Orange River. We stayed at Felix Unite one of the coolest campsites on the trip where they offer canoe trips down the river. What was supposed to be a 2-hour trip ended up being about 5 hours due to our having to paddle against strong winds. I also ended up sharing my canoe with one of the guides and we had to tow an older couple from our group. What an exhausting but scenic journey of bright algeae and birdlife all around.

After a quick and painless border crossing we drove into South Africa. We drove through the fantastic Cederberg region through beautiful green mountains and orange groves. We visited a Rooibos and Buchu tea farm where these plants occur naturally in the wild. The Buchu herb indigeneous to South Africa is now enjoyed as a healthier alternative to regular tea.

In summary Namibia was just perfect and one of the most beautiful places I have ever seen. The natural beauty is abundant and the Namib Desert is truly one of the most stunning places in the world.